Experts from “the Secret Teachings of All Ages” by Manly p hall.

— INCREDIBLE book I’m currently reading and must share. A truly Great Work breaking down the ancient mystery traditions & Esoteric Knowledge of self… Really putting it together like no one else. As ~ “all shall be revealed in the end days” 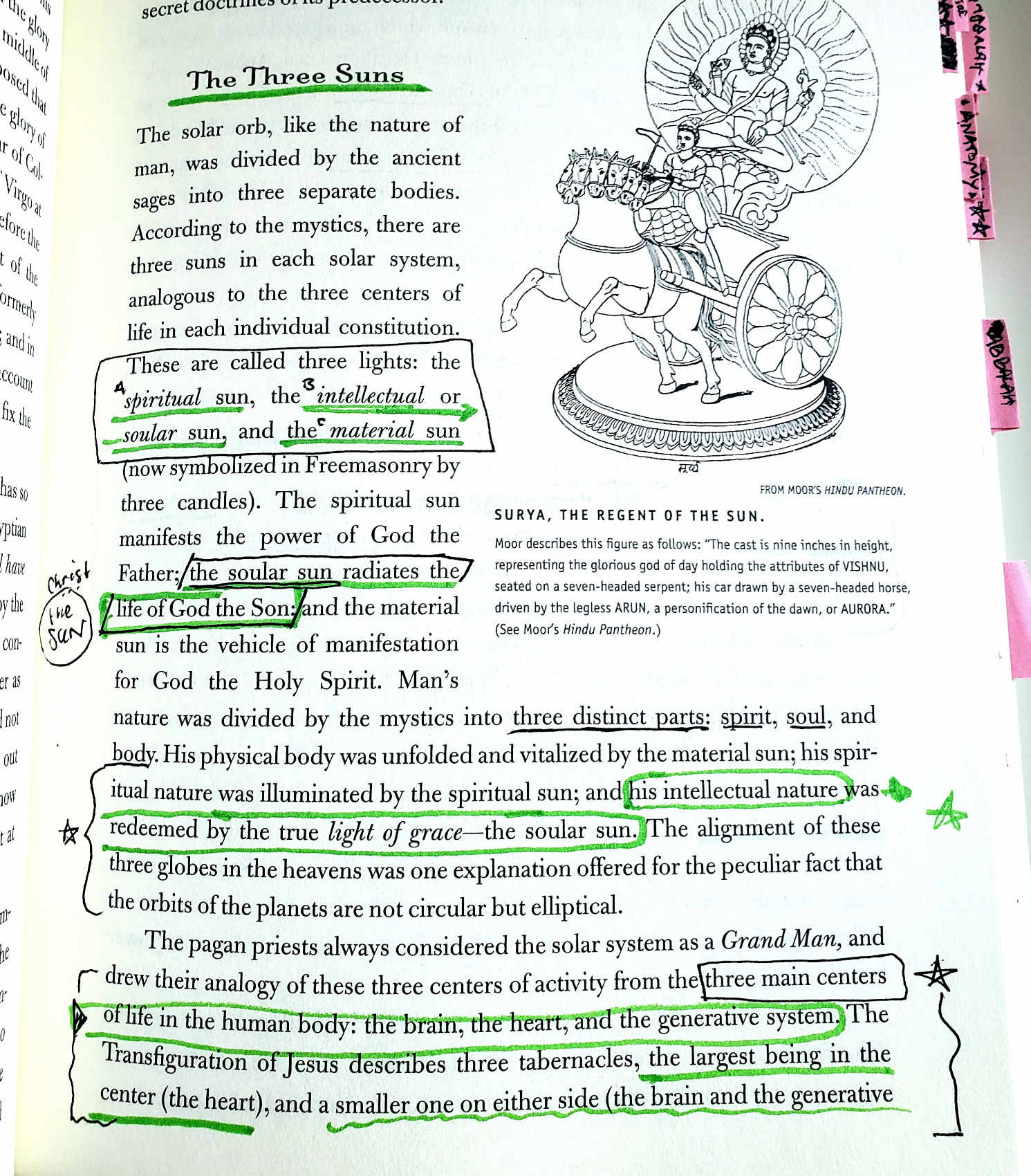 Since the book is quite dense, I want to start sharing/archiving the most potent knowledge here – so other seekers can find Manly p Hall at the end of their searches…. His Vast synthesis & True knowledge instead of more false light, New Age nonsense….

— I thought I’d share this keynote, profound section on the Great solar symbolism at the core of spirituality. Illuminating an Esoteric understanding of the Sun & the universal Solar symbolism existing at the core of most every Ancient philosophy / Spiritual teachings.. Truly a Key to the hidden Knowledge locked away in mystery traditions & Ancient past. (consider its universal significance in texts: The operation of the Sun ~Hermes / the Sun-State ~ Thoth / all solar figures ‘saviors’ dominating religion, the son of man / sun of God….)

“The solar orb, like the nature of man, was divided by the ancient sages into three separate bodies. According to the mystics, there are three suns in each solar system, analogous to
the three centers of life in each individual constitution. These are called three lights: the spiritual sun, the intellectual or soular sun, and the material sun (now symbolized in Freemasonry by three candles). The spiritual sun manifests the power of God the Father; the soular sun radiates the life of God the Son; and the material sun is the vehicle of manifestation for God the Holy Spirit. Man’s nature was divided by the mystics into three distinct parts: spirit, soul, and body. His physical body was unfolded and vitalized by the material sun; his spiritual nature was illuminated by the spiritual sun; and his intellectual nature was redeemed by the true light of grace–the soular sun. The alignment of these three globes in the heavens was one explanation offered for the peculiar fact that the orbits of the planets are not circular but elliptical.”

“There is an earthly sun, which is the cause of all heat, and all who are able to see may see the sun; and those who are blind and cannot see him may feel his heat. There is an Eternal Sun, which is the source of all wisdom, and those whose spiritual senses have awakened to life will see that sun and be conscious of His existence; but those who have not attained spiritual consciousness may yet feel His power by an inner faculty which is called Intuition.” 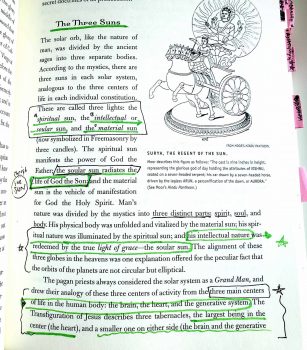 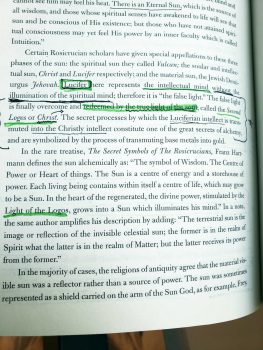 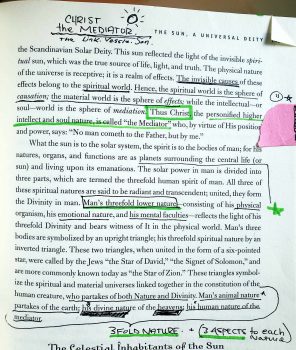 “Judge a man by his questions rather than his answers.”